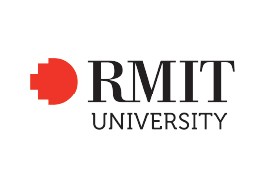 Founded by Francis Ormond in 1887, RMIT began as a night school offering classes in art, science, and technology, in response to the industrial revolution in Australia. It was a private college for more than a hundred years before merging with the Phillip Institute of Technology to become a public university in 1992. It has an enrolment of around 87,000 higher and vocational education students, making it the largest dual-sector education provider in Australia. With annual revenue of around A$1.3 billion, it is also one of the wealthiest universities in Australia. It is rated a five star university by Quacquarelli Symonds (QS) and is ranked 17th in the World for art and design subjects in the QS World University Rankings, making it the top art and design university in Australia.

Its main campus is situated on the northern edge of the historic Hoddle Grid in the city centre of Melbourne. It also has two satellite campuses in the northern suburbs of Brunswick and Bundoora and a training site, situated on the Williams base of the Royal Australian Air Force, in the western suburb of Point Cook. Beyond Melbourne, it has a research site near the Grampians National Park in the rural city of Hamilton. Outside Australia, it has a presence in Asia and Europe. In Asia, it has two branch campuses in the Vietnamese cities of Hanoi and Ho Chi Minh City as well as teaching partnerships in China, Hong Kong, Indonesia, Singapore and Sri Lanka. In Europe, it has a coordinating centre in the Spanish city of Barcelona.

Get in Touch with Experts for Consultation

Get in Touch with Experts for Consultation